Oct 19 Posted by Alcina in Lifestyle

It’s my third visit to Vanuatu in two years and a lot has changed since I was here 18 months ago! 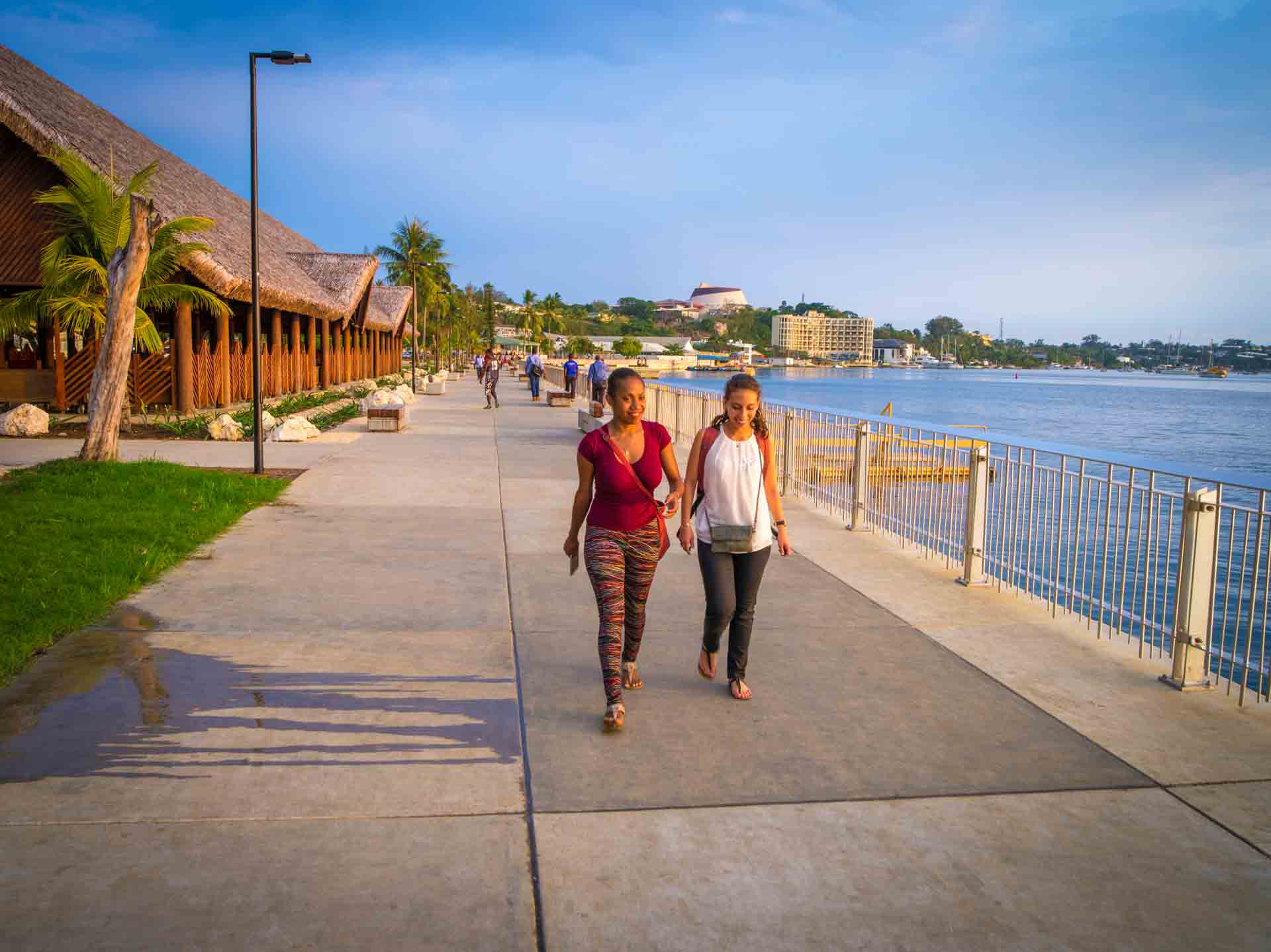 Those who know about our little backyard neighbour in the South Pacific, three hours flight from Auckland and two and half hours from Brisbane and Sydney, will remember that in March 2015 category 5 Cyclone Pam tore through the islands leaving a path of shambles in her wake. Villages were badly damaged, roads pot holed, trees down, power out and the clean up involved endless fires smouldering the debris into hazy skies.

Today, July 2017, Vanuatu is back and even better than before. In the words of the Six Million Dollar Man (only readers of a certain era will get this reference) “We can rebuild him. We have the technology. We can make him better than he was. Better, stronger, faster.”

The silver lining after the devastating storm was the injection of aid money from the New Zealand and Australian governments for infrastructure, and the World Bank to repair the airport runway. That meant that a whole bunch of projects were put out for tender and as we speak the finishing touches are being put on the brand new Port Vila waterfront beautification project.

Concrete pathways leading from outside Nambawan Cafe (say that out loud) and the new women’s market that is about to open its doors in the next couple of weeks surrounded by new gardens and lawn and bursting with colourful sarongs and dresses. Huge concrete steps serve as seats and lead down to the water as you wander all the way into town.

On Wednesdays and Saturdays you can grab a table at Nambawan Cafe (owned by Aussie Ivan) for a free outdoor movie set up on the boardwalk, order pizzas and beers and watch the day turn to night and the lights of town compete with the twinkling stars.

Previously Port Vila was built with its back to the sea, but now, this new development has created a fabulous space for strolling and scooting. Cafes and water sports rentals, water taxis and heli rides, and the huge open-air building that will be the colourful new market.

Further along towards the beach side Banyan Tree Bar (definitely worth a cocktail in the sand here) and Chantilly’s hotel and restaurant, the waterfront changes to white pebbles and lush tropical planting with monstrous boulders tapering into the sea.